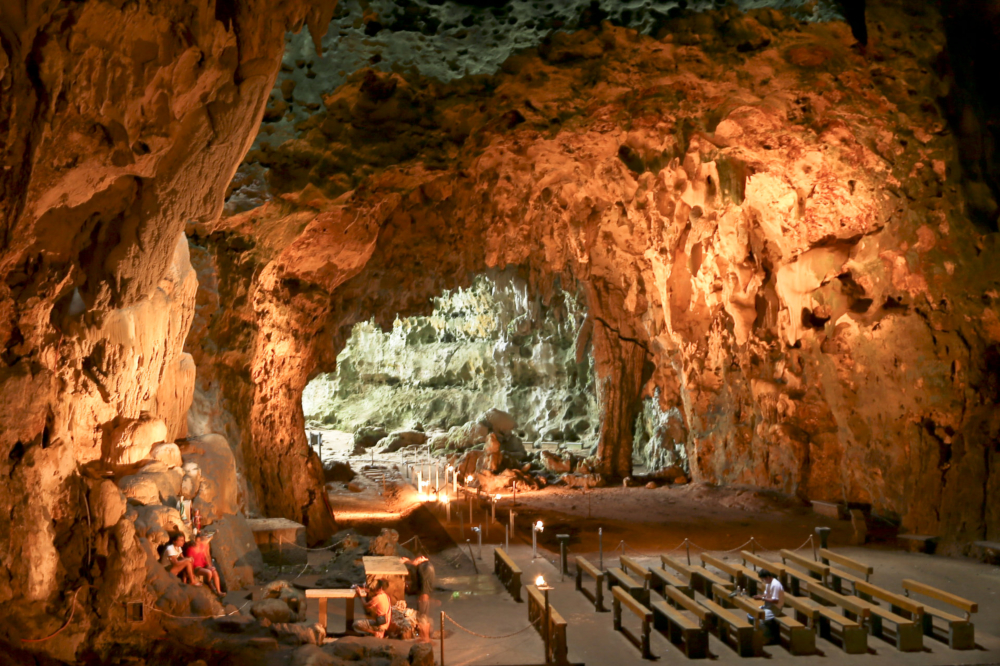 Traipsing through the Rice Terraces of the Philippine Cordilleras

Carved by cultural communities from mountain cliffs, these breathtaking rice terraces in the northern Philippines seem to be ancient stairways to the gods. They are, in fact, feats of engineering that trap water from mountain springs and achieve what would have been impossible in these highlands: grow rice, the staple crop of the islands. They’re also an Instagram-perfect backdrop for your selfie. The United Nations has named these rice terraces World Heritage Sites. You will certainly agree.

When Mount Pinatubo in the northern Philippines erupted in 1991, the ash it spewed cooled the Earth for several years. Today, you can go trekking right to the volcanic crater, and even enjoy sand safari rides in its barren sandscape. Largely formed by volcanic activity, the Philippines is where you can probably climb every mountain. There’s Mount Apo in the southern Philippine island of Mindanao, the highest peak in the country. And Mount Pulag in the north. In fact, the island-province of Camiguin in the south has more volcanoes than towns — and it is a must-visit destination.

Many Filipinos escaped the ravages of World War II by hiding in the country’s many caves. These days, the caves are a big ecotourism draw. At the Callao cave, the stalactites and stalagmites form arches that make you feel you are inside a stone church done in the Gothic architectural style, making you gape in awe at the grandeur of creation. The caves in Sagada are ancient burial grounds preserved over time. And in the west-central Philippines, you can go kayaking at the Puerto Princesa Subterranean River National Park, at the St. Paul Mountain Range in the west-central Philippines. Considered the world’s longest underground river, it has been declared a World Heritage Site by the United Nations.

The monkey-eating eagle, now known as the Philippine Eagle, is among the 760 species of birds found in the Philippines. After all, the Philippine islands are a stopover for migratory birds as they swoop from the Asian mainland down to the Asia-Pacific. Among them are the Chinese egret, Eurasian spoonbill, Von Schrenck’s bittern, and other rare species. Bird watchers hie off to the Olango Island Wildlife Sanctuary in the central Philippines and the Candaba Swamp in the northern Philippines.