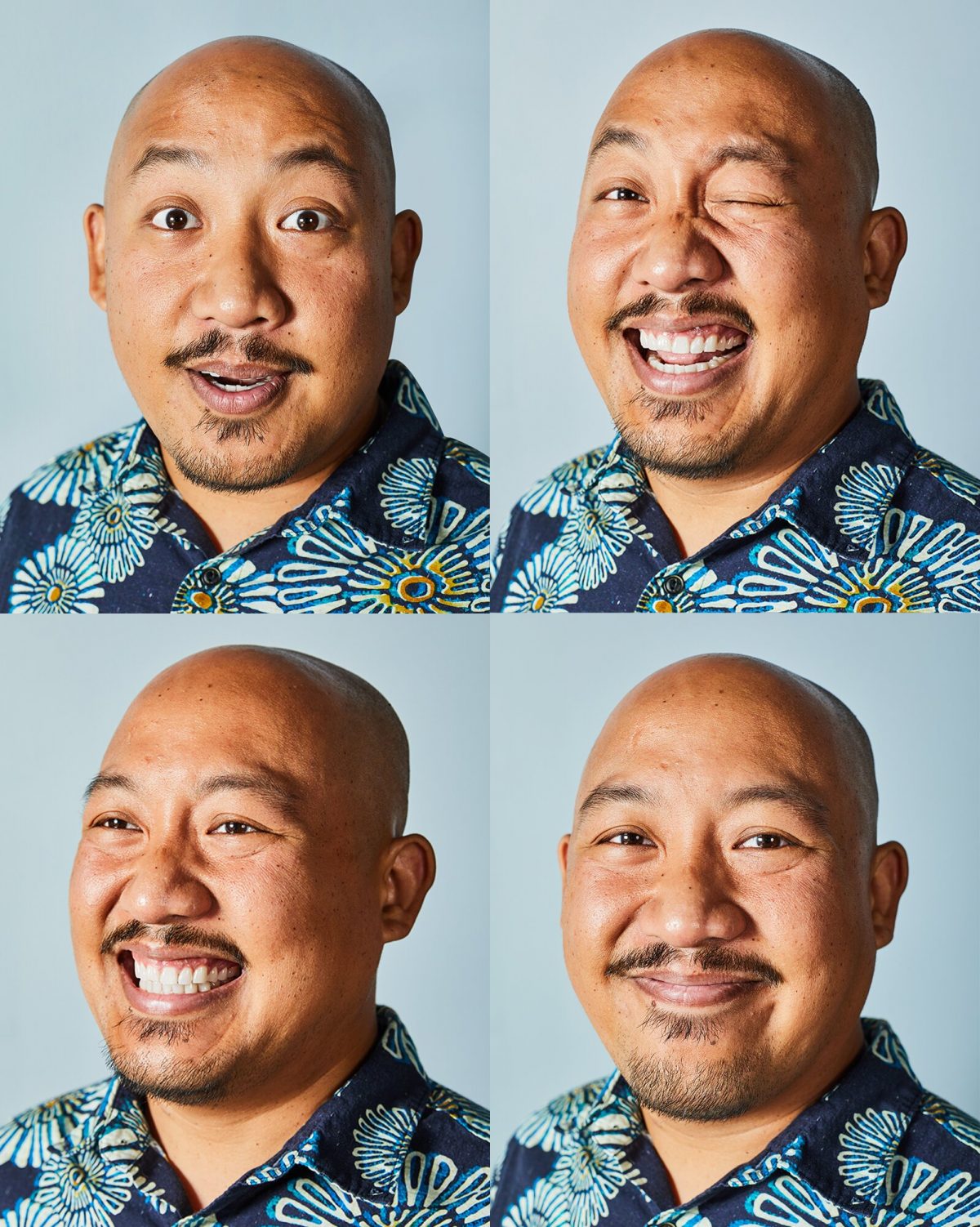 The 33rd class of Best New Chefs will guide the industry toward a stronger, brighter, more equitable future for workers and diners alike.

I don’t know how restaurants work anymore. I’ve come to this conclusion after spending the spring traversing the country (fully vaccinated) and eating in as many cities as I possibly could (fewer than usual, due to the circumstances). Everything was different; even fine dining was to-go. Menus were accessed by QR codes, and it was weeks before I encountered a real plate. But it’s not just the experience of dining that’s different; what it means to be a chef has changed.

This is an industry that was built on a shaky foundation, and the global pandemic put a spotlight on every single crack. But through these cracks, real leadership emerged. Leadership that prioritizes the safety and needs of employees over the whims of customers. Leadership that centers local communities, providing groceries and hot meals for those in need. Leadership that still turns out exceptional cooking that manages to comfort and delight even when the odds are stacked against them.

This year’s class of Best New Chefs exemplifies this approach to leadership. There’s the chef in Austin who is running an ambitious in-house masa program while prioritizing the mental health of his team, and the pastry chef in Washington, D.C., who is baking whimsical desserts that center the flavors of her Dominican heritage while launching bake sales that help combat racism. There’s the scrappy chef in Portland, Oregon, who is making America fall in love with the robust and complex flavors of Filipino food and building a gathering space for his community, and the chef in Ann Arbor, Michigan, who merges Midwestern produce with centuries-old Korean recipes while also compensating her staff well above market standards and providing a slew of benefits.

From coast to coast, the 2021 class of Best New Chefs is reinventing what it means to lead in the kitchen while cooking the food that matters to them most. Restaurants may no longer look the same, but with this class of chefs at the helm, I am excited to see—and eat—what the future holds.

In the crackling flames of the fire he had just lit in his grandmother’s backyard, Matt Horn found his life’s calling. “The smoke is in your face, you’re hearing the wood cracking, you’re seeing the embers, you’re seeing the coals being formed,” he explains. “It was transformative for me. I zoned out. Nothing else around me mattered.” That was it—he was hooked, and there was no going back. Horn knew at that moment that he would spend the rest of his life pursuing the mastery of barbecue. Read more.

Velez’s pastry creations—which include thick sticky buns rippled with pureed sweet plantain, hefty cookies she calls “thick’ems” packed with matcha powder and white chocolate chunks, and strawberry knafeh, bright pink with fruit and piled high with phyllo shards—are unapologetic in their size and flavor. They refuse to be background notes or secondary to a meal. They are not subtle. They are not fragile. They are celebratory expressions of technique and culture. They are like Velez. Read more.

Carlo Lamagna approaches Filipino food like a Grand Prix race car driver: He drives with extreme precision and finesse, but he isn’t afraid to press on the gas. The translucent broth that forms the base of his sinigang at Magna Kusina, Lamagna’s Portland, Oregon, restaurant, has the elegant gleam of consommé but is anything but subtle in flavor. It fully embraces its sour notes, with punches of tamarind knitted together by tomato, fish stock and fish sauce, onions, and garlic. And then there’s the electrifying, elemental funk that ripples through the bagoong alamang, a condiment of fermented shrimp paste spiked with garlic, fish sauce, and palm sugar. It’s a favorite childhood food of Lamagna’s, given a cheffy makeover in a dish called mangga at bagoong alamang: It arrives at the table in a small boat carved out of raw green mango and is covered with a shower of edible flower petals. Read more.

They say that you eat with your eyes first, and it’s impossible to not have yours widen with hunger when they spot slices of chef Thessa Diadem’s velvety ube pie. It’s one of the newest additions to the pastry case at All Day Baby in Los Angeles, and it is a showstopper. The thick ube custard, a shade of purple so saturated and vivid that Prince would be jealous, sturdily sits up in an impossibly flaky crust. Each piece is topped with a cascade of chamomile-spiked whipped cream puffs that gather like clouds before a rainstorm. Yes, the ube pie is a nod to Diadem’s Filipina heritage (she immigrated to the United States at the age of 13), but it also represents her broader approach in the kitchen: using the most global flavors that she can source locally. Read more.

You can smell Suerte from a block away. East Sixth Street is one of Austin’s busiest and most energetic thoroughfares, but follow your nose—nostrils inflating to inhale the air thick with the unmistakable smell of toasted corn—and you will find yourself standing in front of chef Fermín Núñez’s altar to all things masa. It’s one of a growing number of restaurants in the country devoted to the art of nixtamalization, a process that prepares dried corn kernels to be ground into the fresh dough used to make tortillas and tostadas so redolent with flavor that they will make you ask if you’ve ever truly tasted corn before. Read more.

When Angel Barreto was first setting up the accounts with suppliers for Anju, the restaurant he helms in Washington, D.C., a salesperson didn’t believe that he was serious when he ordered 150 pounds of salted shrimp. Even though the store had the ingredient in stock, the salesperson said he didn’t think that Barreto actually “needed it.” It’s not the first time (nor will it be the last) that someone was surprised that Barreto, who is half Puerto Rican and half Black, with a grin that stretches ear to ear, runs one of D.C.’s most popular Korean restaurants. “There’s very few [chefs] who look like me that cook Asian food, especially Korean food,” he says, with more empathy than frustration in his voice. Read more.

“A lot of people have known since the age of 3 that they want to be a chef,” says Ji Hye Kim, who owns Miss Kim in Ann Arbor, Michigan. “That’s not my story at all. I was 30 when I started thinking about it.” Kim grew up in Seoul, South Korea, on a steady stream of spectacular meals. Her mom was a talented and passionate cook, so in many ways Kim, now 43, took good food for granted. “It has always been there in my life.” But Kim’s mom would never let her help out in the kitchen, and at a certain point Kim stopped trying. Read more.

Chefs Blake Aguillard and Trey Smith are, to put it frankly, huge nerds. The chefs and co-owners of Saint-Germain in New Orleans openly geek out over ikejime, a Japanese fish-butchering technique (it’s considered more humane and helps keeps their menu prices down), or the results of a fermentation experiment (transforming scraps of venison into garum, a fish sauce–like condiment that takes three months to make). It’s hard to resist getting caught up in their earnest and infectious excitement. Read more.

“Every day when I go to work, I am just as excited as I was on day one,” declares Gaby Maeda. Maeda is the chef de cuisine at the San Francisco stalwart State Bird Provisions, where she and her team whip up a menu of bright and punchy California cuisine, heavy on the local produce and with strong Asian influences. She has worked in professional kitchens for over a decade and a half, and that is where she is happiest. “All I want to do is work hard with my team and grow with them every day.” Read more.

Lucas Sin is on a mission to perfect General Tso’s chicken. His goal: to make a version of the sticky-sweet, deep-fried poultry dish for Nice Day, his modern American Chinese restaurant in New York, that retains its crispness when delivered, with a sauce that’s viscous but not gloopy, garlicky but not too hot. General Tso’s is one of the most popular items at American Chinese restaurants around the country, and yet, according to Sin’s research, there is no standard way to make it. He has combed through cookbooks, spent hours scouring the internet, tasted as many versions as he could track down, and spoken on the phone with Chinese chefs around the country, but no one can agree on what makes General Tso’s so distinctively delicious. Read more.