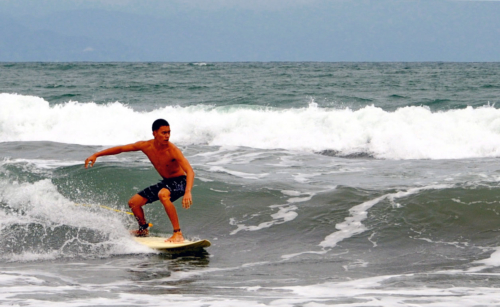 A cradle for surfing, Baler is a municipality in the province of Aurora, just a few hours away from the country’s capital city- Manila. This is probably why it’s the favorite surfing destination of local city-dwellers. The place is crawling with various surf spots and surfing schools where eager learners and experienced surfers come to brave the waters. Besides the wonderful wind and waves of Baler, its popularity can also be attributed to the 1979 American epic war film Apocalypse Now which used it as one of its filming locations. Of course, you won’t just find water thrills to ride here in Baler but you can also enjoy lazy lounging in its white-sand beaches.