The moat that once secured Intramuros, the Walled City of Manila, from the onslaught of rebellion by the Filipinos against the Spanish colonial administrators has now become a golf course. Still a symbol of the deep divides in Philippine society, the golf course is nonetheless among the top golf destinations in the Asia-Pacific. With over a hundred golf courses in the 7,641 islands of the Philippines, the country has become an increasingly important hub in the global golfing map.

Golf was first played in the Philippines in 1886 by British expats employed by the Manila Railway Company. By 1901, the three-way golf course had given way to a nine-hole course beside the railway station. This gave birth to the Manila Golf Club — and the Philippine Open, the oldest national golf championship in Asia.

The story goes that the first Filipino who won the Philippine Open, Larry Montes, in 1929, was asked to vacate his seat at the awards dinner because of a club rule stipulating that caddies could not enter the clubhouse. This led to the founding of another golf course, the Wack Wack Gold & Country Club, which welcomed all golfers. 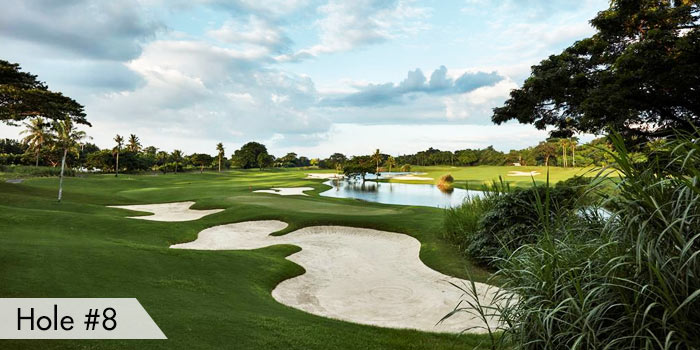 An industry leader in golfing in the Philippines, the Manila Southwoods Golf and Country Club is a spread of 140 hectares in what used to be cane fields in Carmona, Cavite, a half hour’s drive south of Metro Manila. It boasts two Jack Nicklaus-designed golf courses, the Masters and the Legends courses, acknowledged for championship tournament play. The club has staged major national and world golfing events and has received many awards, too. 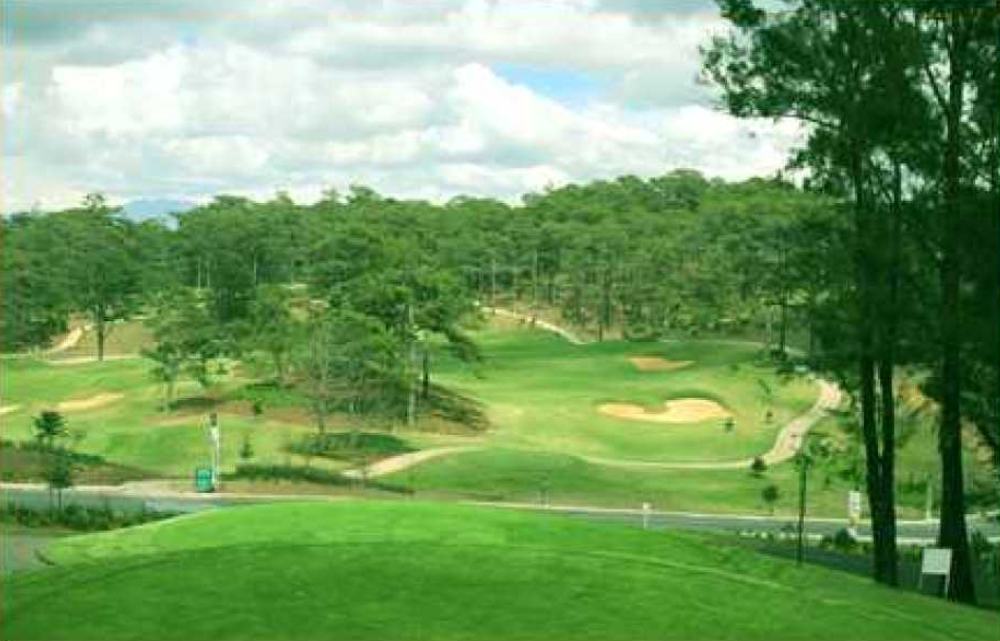 Rolling pine hills in this mountain city have been transformed into a visually stunning golf course designed by the American golfing legend Jack Nicklaus’ Golden Bear International Group. It boasts an 18-hole course, with a bentgrass-covered playing field near touristy amenities such as a steak house, a legendary bakery, and a spectacular in-house hotel.

A golf course in the best beach in the world? Why not? An 18-hole, par 72 Graham Marsh-designed fairway on an 80-hectare spread has hosted various golf events, including international competitions. There are 700 rooms to house golfers and other visitors.

By the Sayre Highway in Manolo Fortich town in Bukidnon province is the Del Monte Golf Course & Country Club, which enjoys a cult-like following. Its 18-hole golf course is part of a breathtaking landscape, with man-made lakes and pine trees and eye-cooling greens. These provide challenges, though — such as sand traps around holes no. 7 and no. 16, nicknamed the Waterloo and Warne Hole, respectively. The golf course promises an all-weather game. The country club is known for its remarkably savory steaks. The secret? The cattle are fed with pineapple shavings from Del Monte Corp.